As usual, it has been a long time since my last post.  But considering that 1) my last blog post was less than a week before Moby’s death and 2) nothing of significance has occurred in my life since then, it is justified that I’ve not been very active in my posting.  On a positive note, I’ve had some really great things going on recently, and I’m here to share a significant change in my life.

Early last year, I was dealing with the end-stage “stuff” of my oldest dog/child, Moby.  To the extent that you can, I was trying to prepare myself mentally for his death and trying to let him enjoy every moment he had left.  This post is not intended to rehash Moby’s death, but it is important to understand how much Moby loved and adored me.  Here’s why:  he was the closest thing to a child that I’ve ever had.  I often felt like there was a little boy trapped in there that wanted nothing more than to be as close to his mom as he could and to see me smile.  I know without a doubt that he wanted me to be happy.  And he directly influenced a big lifepath change that I was about to make.

One day in late spring/early summer last year, I was on a walk in the neighborhood with Moby and Sydney – in fact, probably one of Moby’s last neighborhood walks.  We walked past a neighbor who was in her front yard refinishing a piece of furniture, and I complimented her work and we started chatting.  One of her two daughters ran into the yard, and soon she (the mother, Edie) was telling me about how she adopted two siblings.  A few minutes into the conversation, I remembered that Edie and I met about a year earlier while we both were getting an oil change and sitting in the waiting room where she told me her adoption story.  Edie’s daughters are absolutely gorgeous – faces that you just don’t forget.  So as soon as I remembered that we met, I mentioned it to her and she remembered as well.  How ironic that we’d met at a Firestone place where she told me her adoption story, then a year later, I happen to run into her again (she lives in my neighborhood!) and she was telling me her story again – neither of us remembering that we’d met and had this conversation already!  I’d told her before that I was somewhat interested in adoption, but I told her on this day that, as a single person, I just didn’t know how to get to that point of being “ready” to take the leap of adoption.  This was when she made a suggestion that probably changed the course of my life from that point forward.  She asked if I’d thought about fostering as a way to see if I really was interested in adoption.  While I’d definitely thought about adoption, I’d never thought about fostering – and I honestly didn’t think single people could foster.  Edie told me about a local non-profit that was established by a group of churches in Little Rock – The Call, which acts as a liaison between prospective foster/adoptive families and the State of Arkansas.  They help with training and generally expediting the whole process.  Before I left Edie’s house, we’d gone inside and she signed me up for an informational meeting, which is the first step in becoming a foster or adoptive home.

Fast forward a couple of months, and I’d attended the informational meeting and completed “PRIDE training”, which is the training component of certification required to be a foster or adoptive parent.  The training was held in July.  Moby passed on August 2, and he was in such bad shape the weekends of the PRIDE training, my mom actually came over and stayed with him while I attended training.  So it was all very emotional, obviously.  After I attended the training, in my head I thought I was ready to be a foster parent right away.  Then Moby passed away and my heart was broken.  My world was upside down.  For 2 solid months, I sort of “checked out” and fostering unintentionally took a back burner while I grieved.  From the time Moby passed until early January this year, I’d made no progress on my fostering certification.  I did, however, use that time to do a LOT of self-evaluation, focused grieving, praying, and dealing with a very strong feeling that being a foster parent is something I am destined to do.  And as I moved through the grief stages and was able to focus on the happy “stuff” with Moby, I had really strong feelings that Moby would’ve wanted me to do this.  He would’ve absolutely loved having children around, and he would want me to be happy – not sad.

And all of a sudden, I was READY (mentally).  I got all my documentation together, made the accommodations in my house that I’d been advised on previously, and I submitted my packet to the State of Arkansas.  They reviewed my packet, did a home study, and officially opened my home as a foster home this week.  Now, I’m just waiting on the phone to ring.

Getting to the point of being ready has been a very emotional process, especially as I still have a lot of grief related to my loss of Moby.  I have been overwhelmed at the support I have of my family, friends, and co-workers.  I’ve also tapped into a support group meeting hosted by The Call, which has been a great resource for all of my questions. 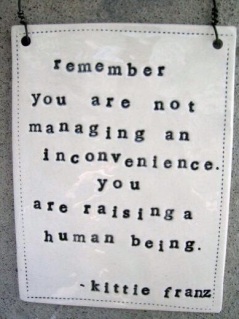 It’s still hard for me to imagine that as soon as I get the first call, my life will be forever changed.  And I will have the opportunity to forever change a child’s life.  I know it is going to be extremely challenging, but I also know it’s going to be incredibly rewarding, in many ways.  I know that being a foster parent is most likely going to be the most profound thing I’ve ever done.  I’ve found several “single foster mom” blogs that have already been very helpful to me, so I really am going to try and do some consistent blogging to help others going through the same experience.

Please keep me in your thoughts and prayers.  I am most definitely going to need them.  I just returned from vacation in the Dominican Republic (Panic en la Playa), which is my last planned thing I had on the books (I will be blogging about PELP very soon).  Effective immediately, my first priority is the foster children.  Life changing.